An Evening with Paul Joseph Fronczak: The Foundling, True Identity 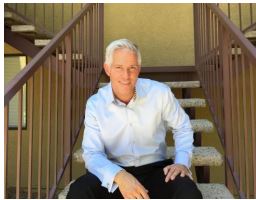 In 1964, a woman pretending to be a nurse kidnapped an infant boy named Paul Fronczak from a Chicago hospital. Two years later, police found a boy abandoned outside a variety store in New Jersey. The FBI tracked down Dora Fronczak, the kidnapped infant’s mother, and she identified the abandoned boy as her son. The family spent the next fifty years believing they were whole again—but Paul was always unsure about his true identity.
In 2012—spurred on by the birth of his first child, Emma Faith—Paul took a DNA test that disproved the story he’d been told about his identity–that he was “Baby Fronczak,” the infant who’d been kidnapped from a Chicago hospital in an infamous 1964 crime. In an instant, he became a man without a name, birthday or medical history–an “unidentified living person,” in official terminology. Since then Paul has searched for answers looking for the real Paul Fronczak. “I’m on a mission,” he says, “and I can’t stop until I find out what happened.”
Join us to learn how Paul uncovered his origins thanks to modern technology, the help of several experts, and the luck involved in matching relatives who had also submitted their DNA to genetic genealogy databases and were willing to help.

This presentation is free, but registration is required! For more information, go to www.massgencouncil.org/m-o-r-e